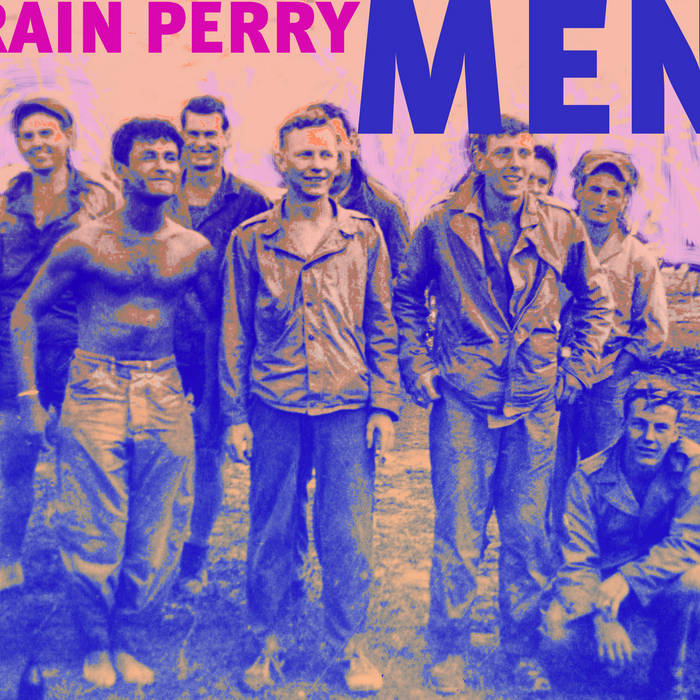 Angular guitar notes and razor sharp chords start Get in the Car , the lead track from Men, the latest Rain Perry album. The song picks up speed as it takes the quickest highway route out to the glory of the desert; feeling the heat and the burn from breathing in the hot air. Rain Perry songs are, at times, poetic ( Atlas ), folk country ( One of Those Days ), orchestral ( Photonegative of Love ) and always seem personal ( Done ). Her words are dipped in heart ink, keeping the stories familiar. Rain is our inner voice, parcelling out the issues in our lives with one line phrases that move the clouds of doubt away so that action can thrive. Men delivers a ten-song storybook of what has worked well in the life of the author. Rain s voice coaxes and pulls along as she teases with a countdown and searches for satisfaction in Umami , and she traces a line between now and the future in Happily Ever After , letting the good feeling from a hug stretch to sitting on a front porch in old age. Rain Perry uses Folk Rock to create her song foundations. Her website features her music, and expands on her art with stage work, reviews of her book, Cinderblock Bookshelves: A Guide for Children of Fame-Obsessed Bohemian Nomads, and her views on life outside of the song. Rain s tune, Beautiful Tree , is the theme for the CW Series Life Unexpected. --The Alternate Root

Rain Perry, Ojai s favorite female singer-songwriter slash supermom (best known for her song Beautiful Tree, which was used as the theme song for the TV show Life Unexpected) is back with her latest release, Men. The 10-song, fan-funded affair finds the songstress in a reflective mood, musing on relationships and life. The excellent lead track, Get in the Car, possibly Perry s most commercial pop-rock song to date, is reminiscent of the Go-Go s, but the rest of the record heads into introspection, which is where Perry seems the most comfortable. Songs like Done, Happily Ever After and the achingly beautiful Robert Earl Keen cover, Then Came Lo Mein, showcase Perry s Feist-like mellow and honest delivery. Commercial potential abounds; Perry can easily lay claim to being one of the best songwriters in the area. --VC Reporter

This album was written in Rain’s car, on her couch, at the 29 Palms Inn and the Rancho Cucamonga aLoft.

Music zealots: read the lyrics and get the lowdown on every instrument at rainperry.com/men-liner-notes/

Music fills many roles. All an artist can ask is that at least once you put this on during a 40 minute drive and turn it up.

Thank you to my loyal listeners, the sweet and generous men and women who kickstart and cheerlead me, and my loving family and friends.

I adore my warped and beautiful daughters and am grateful for the musical education they give me.

Thank you to the fabulous musicians, artists and designers, and to Robert Earl Keen and Chuck Prophet for two great songs.

I have many compatriots, female and male. This album has me thinking in particular about the men who have directly nurtured and inspired me, and I guess I’m going to get all “Cactus Tree” about it. From the top: there’s the one who gave me permission; the one who taught me to be practical; the professional who took me seriously as a kid; the one who let me at his pianos; the boys in the boy’s room; the guitar duo who reached out way back then and still do; mr. microphone for always asking for an update; the big guy who made a musician out of me; the late great leader of the band; the man from god knows where; the rock god willing to be a folkie with me; my theme-concert cohort; the one who claims (but I know better) only to love me for my husband, and all the wonderful guys who have lent their skill and talent to my performances and recordings, as well as every over-sensitive boy whose songs have saved my soul.

The one who returns what I thought I’d lost (and so much more) with generosity, curiosity and fearlessness

The one who married me and is still married to me after all this time.