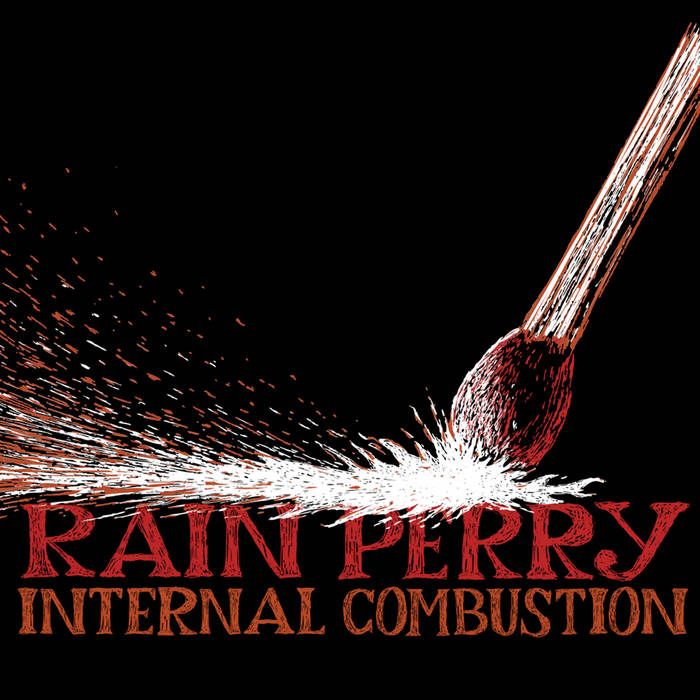 From the songwriter who brought you "Beautiful Tree," the theme song to the CW's "Life Unexpected," come ten tales of lust, loss, art, obsession - the things that drive us - with wry humor and heart.

The Bob Seger cover is just one of many lovely surprises on folk-rocker Perry's Internal Combustion; due Sept. 21st. --USA Today

Southern California native and indie singer/songwriter Rain Perry is perhaps best known for her ode to the atypical family, Beautiful Tree; Featured on her 2008 album Cinderblock Bookshelves, this song is more commonly known as the theme for The CW s quirky hit family drama, Life Unexpected. Having led what many would describe as an incredibly unconventional life her mother was a songwriter and devotee of a hippie fundamentalist church and her father was a starving artist it s no surprise that Rain found her calling and solace in music. Her voice is, in a word, incredible. Powerful and smooth enough to command your notice, yet soft and sweet enough to soothe. Coupled with heartfelt, truthful lyrics, she s crafted a solidly recognizable sound for herself. Now this mom of two is set to release her third album, Internal Combustion, on September 21st. In addition to Rain s own music, this release features covers of songs from such diverse artists as Paul Simon, Marvin Gaye, and Bob Seger artists who couldn t be further apart on the musical spectrum, yet Ms. Perry dresses their well-known classics up beautifully with a sound all her own. I ve been listening to her cover of Marvin Gaye's Let s Get It On over and over again, wondering if we ll soon see her name on the bills of future indie tours and festivals. --The Music Mamas

A few years ago California singer Rain Perry won the John Lennon Songwriting Competition (Folk Division), but on her third album she proves herself equally adept at covers. The first single is a folk-rock run through Bob Seger and the Silver Bullet Band's 1978 Till It Shines. Seger never released the tune as a single himself, opting instead for the record s mega-hit, Old Time Rock and Roll. Clearly a wise decision, but it meant that Till It Shines never got its due. I feel it s an underrated gem and oddly perfect for a chick singer, Perry said in a press release. Perry, whose claim to fame is providing the theme song for Life Unexpected, lifts her cover with mariachi-tinged horns alongside that beautiful voice. Check it out. --CoverMe.com

Ther' s something of a hippie vibe to Internal Combustion s folk/pop sounds and introspective lyric approach. Singer/songwriter Rain Perry makes her home in the bohemian enclave of Ojai, California, which may contribute to the wide-eyed idealism and playful sensuality found in these tracks. Perry s vocal style landing somewhere between Edie Brickell and the softer side of Patti Griffin adds a jazzy cadence to both originals like The Compartmentalized Thing and a sly acoustic reworking of Marvin Gaye s Let s Get It On. As a writer, she is a sharp-eyed observer of everyday tragedies ( Ambulance Song ), smooth-talking preachers ( So You re The Muse ) and her own creative process. She manages to put her own stamp on songs by composers as different as Paul Simon ( Rene and Georgette Magritte With Their Dog After The War ) and Bob Seger ( Till It Shines ). Though she favors a low-key approach, Perry makes a strong impression through her literate tunes, creative taste in covers, and overall freewheeling spirit. --iTunes

Rain Perry is sassy and sensual on Internal Combustion, offering no qualms about exploring her sexuality in song. On opening track The Compartmentalized Thing, she touts the fact that she knows what she wants and isn t shy about demanding it. Keanuville and Next Best Thing find her idolizing members of the opposite sex, and her take on the bedroom anthem to beat them all, Marvin Gaye s Let s Get It On, is stunning. Ultimately, the lovely piano ballad A Perfect Storm and her graceful remake of Paul Simon s Rene and Georgette Magritte With Their Dog After the War spotlight the singer at her best, --M Music and Musicians

(Exceptions: the rhythm section for “So You’re the Muse” was cut at the Linda Vista Social Club in Ventura, CA by Kevin McCormick, and Chris Foley recorded the piano on “Next Best Thing” and the song “Rene & Georgette” at Sound+Vision, Ojai, California.)

All words and music by Rain Perry (Precipitous Music/BMI) except “Till It Shines,” by B. Seger (Gear Publishing/ASCAP), “Rene and Georgette Magritte With Their Dog After The War,” by P. Simon (Paul Simon Music/UMPG) and “Let’s Get It On,” by M. Gaye and E. Townsend (Jobete Music Co. Inc.)

Sorry! I don’t have permission to reprint the lyrics to the cover songs. But I know you can find them online.

The way it works is this: Rain writes the songs and records a demo on her phone, which she then sends to Mark. Utilizing various audio/visual aids, Rain and Mark discuss. Then Rain goes to Austin and Mark enlists the services of his alarmingly talented multiple personalities, otherwise known as “The (Congress) House Band.” Rain sits on the couch knitting, marveling and expressing her opinion, and once in a while goes downstairs to sing. On this release, she also makes her instrumental debut, such as it is, and performs some sound editing too. Once in awhile, a very special guest or two joins the fun.

Oh, Mark. Thank you. If not for you…ah, well, you know what I’m going to say.

Heartfelt thanks to the hardworking and ever-entertaining Congress House crew – Andre, Tommy and Travis – and to the musicians – Andrew, Chris, Danny B., Elana, Jim, Jonathan, Julie, Karen, Kevin, Matt, Perla, Rick and Riley – for your fine playing and singing, and to Tommy for your fine latching of cabinets.

Thank you to my beautiful girls. Billy, this one’s for you, with love.

Thank you also, in no particular order, to: Skip Slater; JB, Jim, Jim & Julie for the essential services of the Wednesday Song Group; Success Partner (and keeper of deepest organizational secrets) Robbie Frandsen; über-skank Kim Maxwell, as well as the Pro-Ho, The Littlest Ho, & the ever-diligent Ho-cial secretary; the Perry family; Sasha Stone, Mistress of the Internet; Official Texas State Musician Sara Hickman; The All-Powerful Targalini; GiGi Benno & Andy Hardin (so my question to you is: just how comfortable are you with your body?); the Queen of Folk Alliance; Leah, my oldest friend; Flower girl/manager/social media advisor/chef Katy Powers; camera-shy photographer/stylist/BBQ artist Claire Powers – in fact, all the Powers Girls, Matt & The Nudist too; the Slaughter, Galbut and Rizzoli families, including the newest, littlest members; my pals in Ojai; my pals not in Ojai; Kristen Hallman (who, by the way, is hotter than any hussy); Taylor Hallman; (Boy in the Boy’s Room) Dan Brockett; Kit Stolz; Val Denn; my awesome songwriting students; Tom Russell, Keeper of the Songwriting Flame; “Pyro” Bob Muschitz & his better half Paty; the lovely & talented CoryAnn Yniquez; Crystal Ann @ M:M; the muscular Shore Fire team; Brian Turner @ Cricket Press; Les Scott & Cindy Rosmann; Liz Tigelaar and the LUX cast & crew; the bats of Austin for making a dent in the mosquitoes of Austin…and, finally, all praise to Saint Glen, for his inspiration and vibe.

While I have your attention, may I point something out? Not to be all old-school “I only listen to vinyl,” but the truth is that music simply sounds better on CD than on MP3. It has to, since the sound files on a CD are about ten times larger than a download. I love the convenience and versatility of my iPod and ear buds too, but once in awhile it’s important to put on good headphones, close your eyes, and really listen to a new album. It’s like the difference between watching a movie with commercials on TV and sitting in a dark theater with a giant screen. It’s just…more. You will hear instruments you didn’t know were there, and they won’t be squished. The music will sound three-dimensional, and sometimes an instrument will pan from left to right in a really cool way (a phenomenon to which we refer in the business as a “stoner treat”). Plus, there are fascinating liner notes to read, as you can see! Oh yeah, and it sounds especially good LOUD. Let’s not let this experience slip away, okay?

And while I’m opinionating, I think I’ll also say this: buy music! Making and promoting albums isn’t cheap! I mean, yes, share some – we all do – but honestly: the best possible way to support the artists whose music you love is to actually pay for the music they make.

Okay, okay. That is truly, exhaustively, and without a doubt…what she said.